Introducing Cristale: Ascending 20-year-old multifaceted Brixton artist, has a very clear idea of the direction in which she wants to take her career. 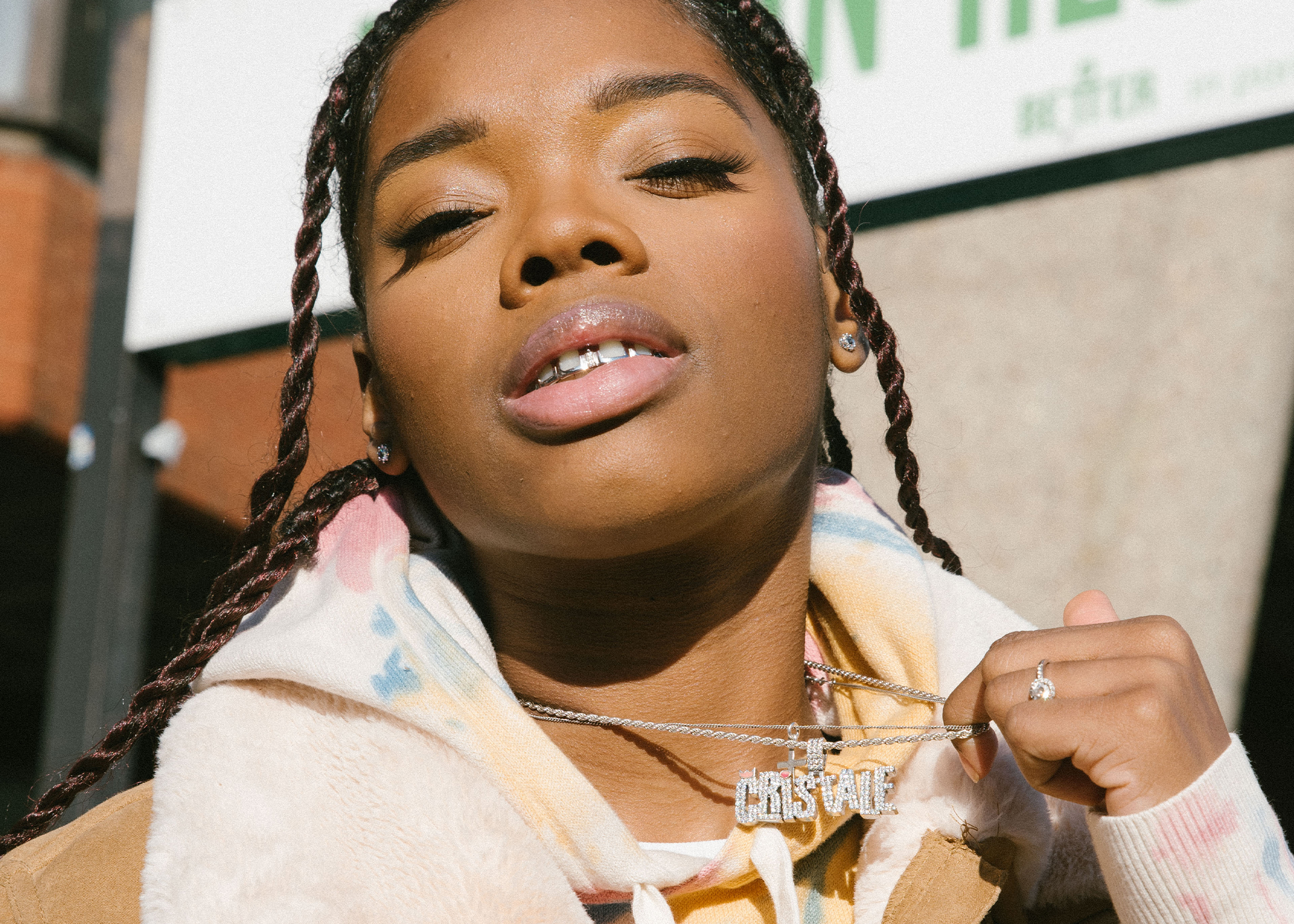 What does being from Brixton mean to you?

“It’s home init, that’s all I know basically. That’s why I don’t like going out. I was shocked to leave the country, going to Jamaica to shoot the ‘Bong Bing’ video. It was all long, but a great experience. As I’ve grown older, I’ve tried [to leave] but home is where the heart is."

What was it like in Jamaica, shooting the music video for ‘Bong Bing’?

“Sick, I got bit by a mosquito though, I think I’m allergic to them. “

Were you out there for long?

“I was only out there for a week, should have been out there for longer. I miss it already. We all went, it was like one big family holiday. It was lit, I even went to a studio.” 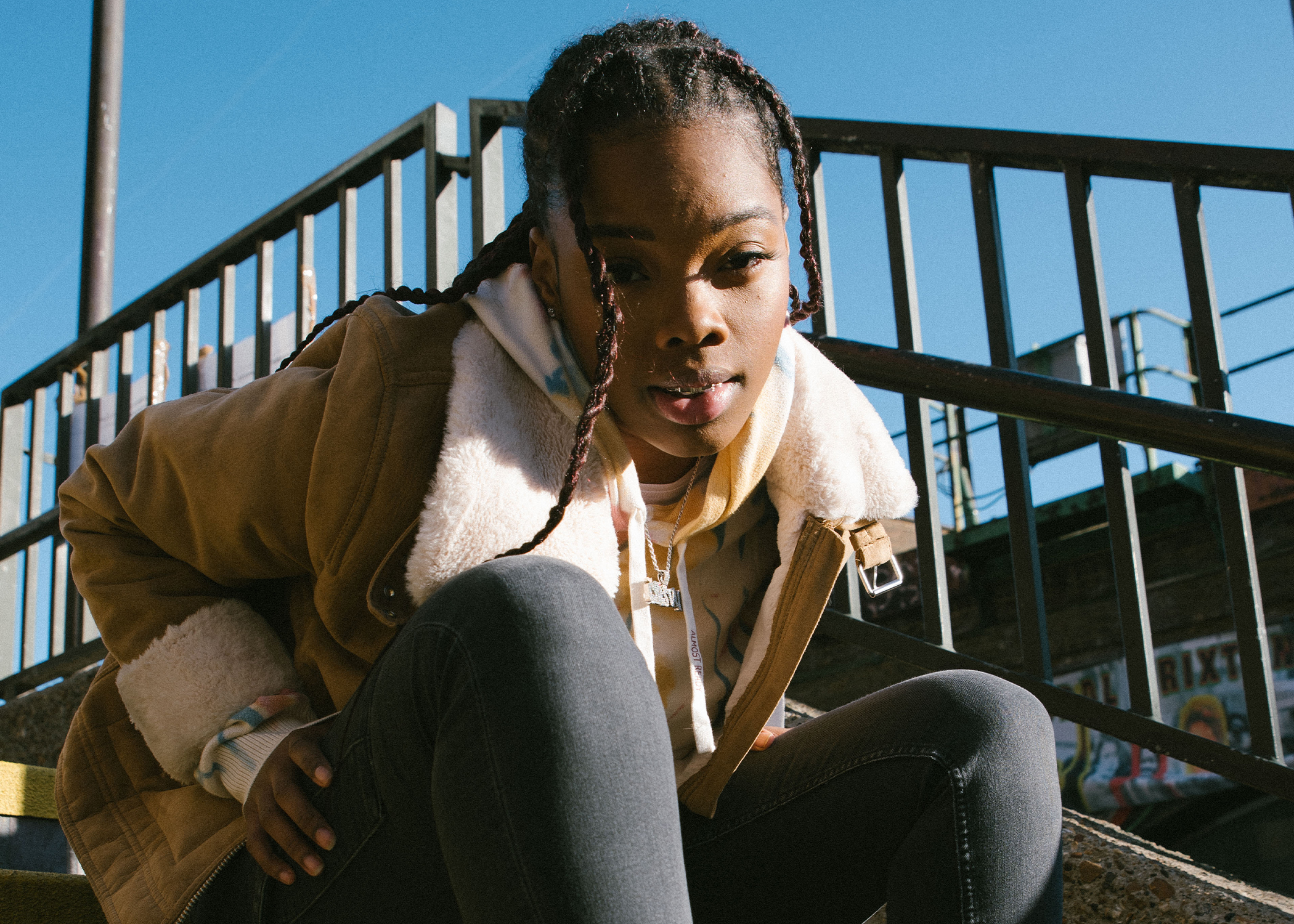 And the process of shooting a video out there. Would you say it’s different from over here?

“It was kind of the same, but the only difference is I wore a dress for the first time in a video. I wore a dress that I would wear out, an off-white dress that was thigh-high, that made me do the sexy thing a little bit. (laughter) So when I’m there trying to do ‘Bong Bing’ and bending down and I’m like ‘Oh shit I’m wearing a dress, do you know what I mean. (laughter) That’s the only part that was different other than that it was hard.”

I feel like a lot of the women are really pushing through, especially in the rap scene in the music scene. They’re making a stamp for themselves, in a field dominated by men. Why is it important for you to just stand out?

“That stuff has been important to me since I was young because I played football. I was the only girl playing football. I got scouted for Crystal Palace when I was 14 but even before that when I was in primary school, it was always just me. Being in those spaces in that environment taught me how to set the bar for my temperament. Being a female, do you know what it is, that fact that I’m accepted by a lot of the males in the industry. That’s what I appreciate. Because they don’t have to, they can just treat me as another girl that’s just trying to do the thing. And just begging it, you know, some men don’t like it when females occupy their space.”

Look out for Cristale's debut EP 'What It's Like To Be Young'
Out on the 10th June, alongside the new single ‘13 Going On 30’ 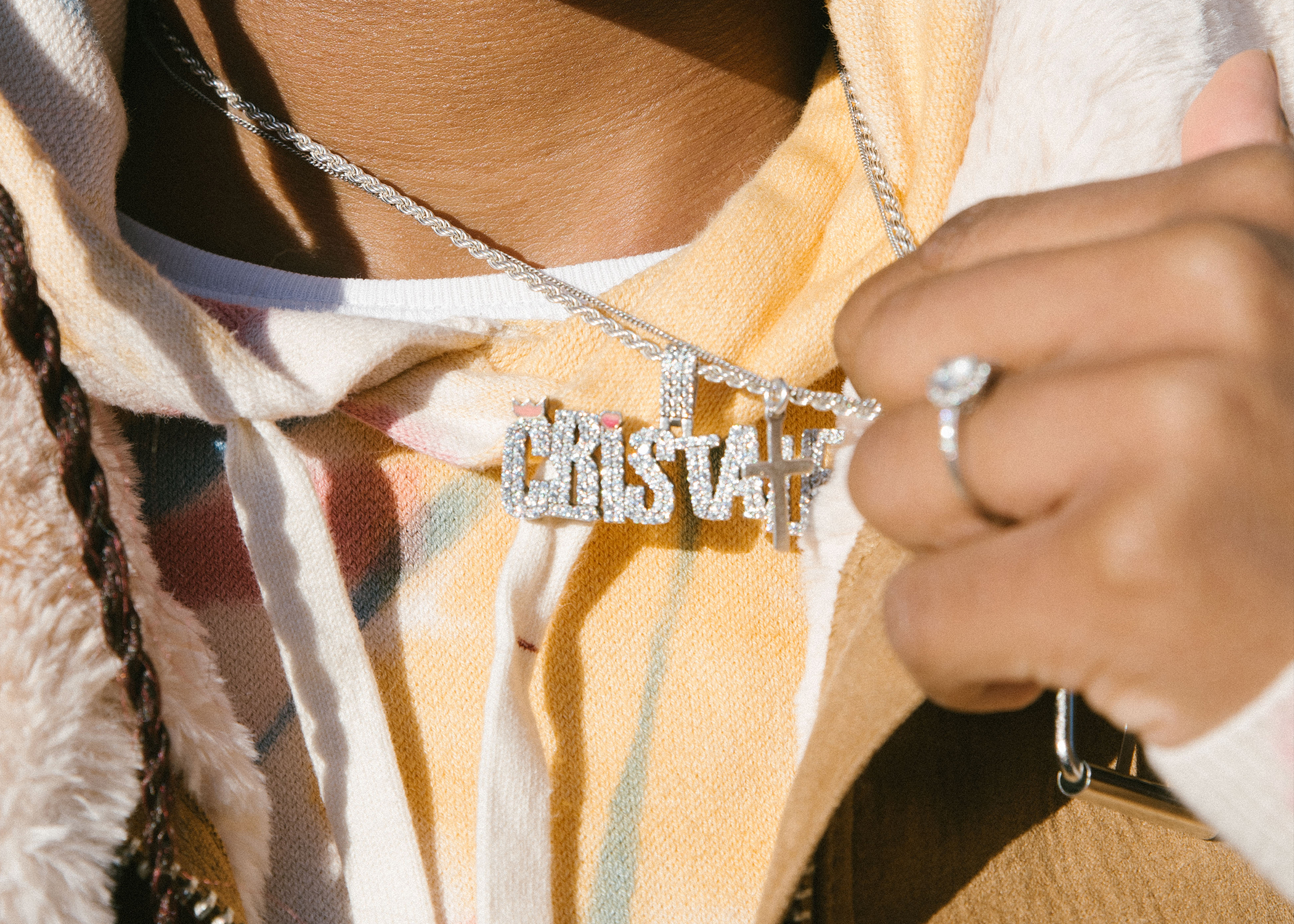 Do you want to read the full article?
‍
Subscribe to our newsletter to receive a FREE COPY of Seigfried Magazine!

Or support us and Purchase a PRINT COPY here.

Subscribe to our newsletter and receive a FREE COPY of Seigfried Magazine:

Thank you! Your submission has been received!
Oops! Something went wrong while submitting the form.